The ICARUS project began as an idea behind thesis research and has blossomed into something that will stretch far beyond the perimeters and confines of a paper, merging the conservation world, with the rest of the population. The resulting singular world will be a place where humans do not look around themselves and see animals which need to be conserved, but rather, fellow entities with whom they share a planet. It is our hope to make the need for conservation itself obsolete, by creating a generation that never seeks to exploit and abuse animals to begin with.
​
The ICARUS ( international consortium for animal-welfare reform United in stewardship) Foundation was created by jessica James with the purpose of uniting organizations and individuals throughout the world to work together to bring an end to wildlife crime on a global level. Only by working together can we save what man has destroyed.​ 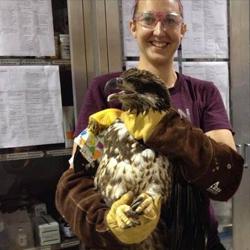 The first time Jessica realized she had a passion for animals, she was 7. It was her elementary school’s annual science fair. Most young students were building volcanos, or planetary dioramas , but Jessica with all the pluck she could muster, went door to door to take a poll on animal testing. For hours after school every day she walked around with a tattered poster of a bunny and asked her neighbors to weigh in on animal testing. She didn’t win any science fair awards that year, but she did find her calling.

Over the years she has honed her public speaking skills, with a degree in theatre arts, and continued to pursue her scientific interests, studying equine sciences. She kept her childhood enthusiasm but developed a talent for diplomacy that has allowed her to advocate for some of the most well respected wildlife organizations in the world, such as The Cheetah Conservation Fund (where she worked in the field with Margaret) Big Cat Rescue (where she was allowed to create for herself the first legislation and advocacy position they had ever had) and The Humane Society of the United States. Just to name a few. Now she has found the perfect way to combine her biologist’s mind and her advocate’s heart.

She passionately believes The ICARUS Project will bridge the gap between many countries and unite people all over the globe to help create a better world for animals, which in turn creates a better planet for its human inhabitants and allows incredible growth both emotionally and economically, solving a great number of the problems we face today. Once The ICARUS Project is complete, Jessica will be entering law school and will use the findings of The ICARUS Project to change the system from within. 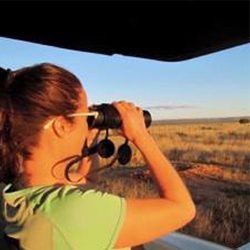 Margaret Morales
ICARUS Founder
​
From stomping around the woods and rivers of East Tennessee, to roughing it in the bush of Namibia and now surviving the concrete jungles of NYC, Margaret has always been an advocate of animal welfare. In college she volunteered and interned at The Knoxville Zoological Gardens working in education and animal labor, working with anything from kids to Southern White Rhinos. Junior year she landed her life changing internship at the Cheetah Conservation Fund working on various projects from the ecology department to managing the goats and livestock guarding dogs. There she met Jessica and formed a life long friendship.

​Upon moving to NYC, Margaret worked at a Veterinary Hospital and is now working as Talent Manager for creative’s in the advertising world. (My how the real world can change your life path). She volunteers at Animal Haven in her downtime and is currently devoting her spare time to helping Jessica get ICARUS off its feet. 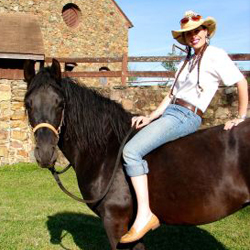 Born and raised in Central Virginia, Artemis Grey spent her formative years roaming the mountains of Appalachia, walking creeks, writing stories and immersing herself in nature. By the time she graduated high school, she knew that what she wanted more than anything else was to write, and stay outside, so she began working for a local estate, where she would eventually meet Jessie and begin a friendship that has spanned nearly a decade.

For the next thirteen years Artemis was part of a staff which saw to the daily maintenance of twenty-five to thirty-five horses. Artemis experienced the gamut of the natural world, successful births, tragic accidents, gaping wounds, surgical procedures, and the end-of-life-care for dozens of animals. Artemis also helped maintain the estate’s six hundred acres, and its native wildlife. Ailing wildlife was taken to the Wildlife Center of Virginia. When possible those animals were returned to their habitat after treatment and rehabilitation. All the while, Artemis continued her wordsmithing, publishing several short stories and poems.

​Passionate about conservation and the welfare of all animals, Artemis jumped at the chance to first work with Jessie on several articles regarding conservation issues, and now the ICARUS project.